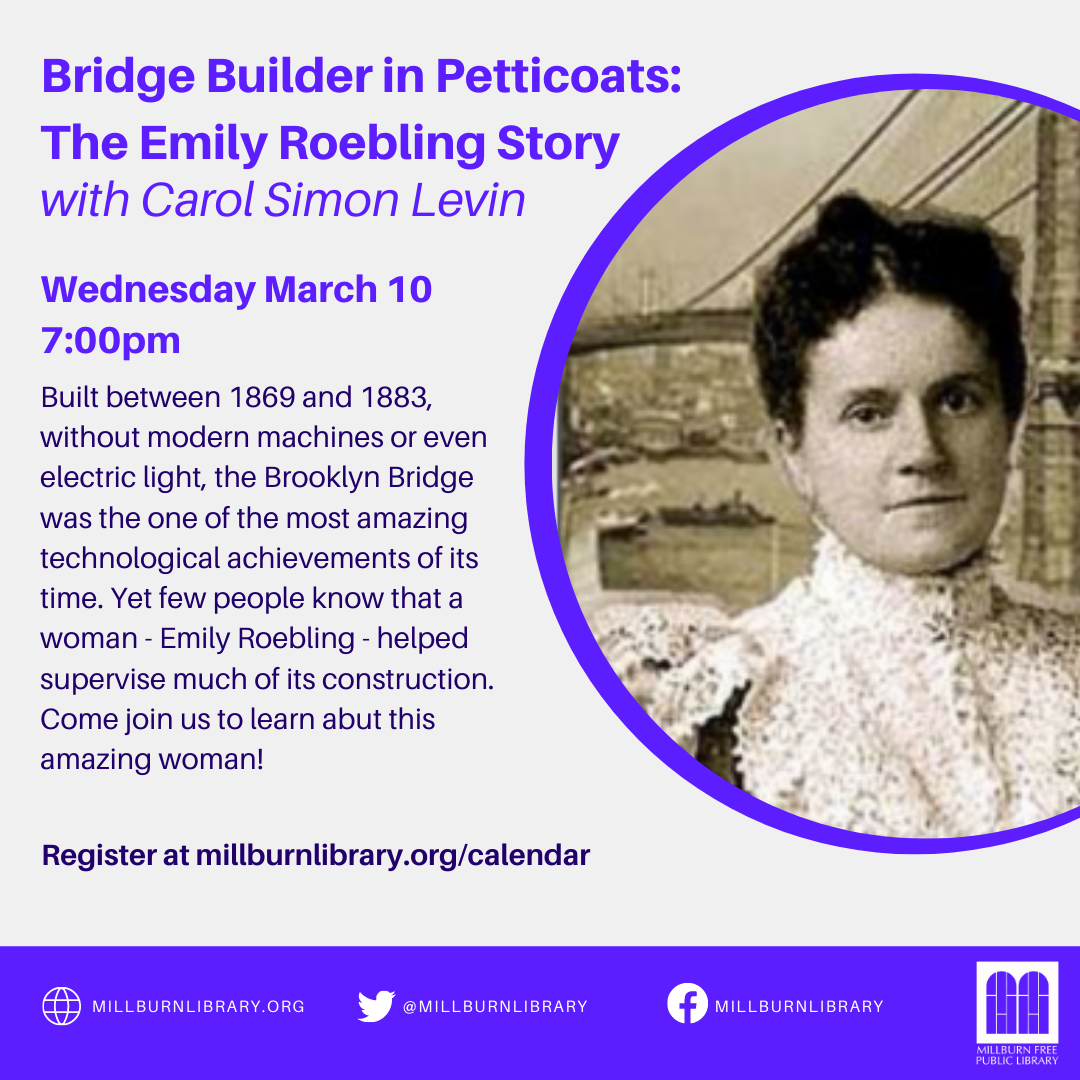 Emily Roebling was called “one of the most noted women in the country” and “the most famous woman in New Jersey”…yet today few people even know her name!

On December 12, 1881, people in New York City would have witnessed a strange sight. High above the East River, a line of men in business suits were cautiously walking along a narrow path of wooden boards laid down across the open steel frame of a huge unfinished bridge. Strangest of all, the line was led by a woman, her long skirt billowing in the wind as she showed them details of the construction. When they reached the New York side, everyone toasted her with champagne. It was the first official crossing of what would be called the Brooklyn Bridge.

Many books and films have featured the Brooklyn Bridge and millions of people have crossed it. Built between 1869 and 1883, without modern machines or even electric light, it was the one of the most amazing technological achievements of its time. Yet few people know that a woman helped supervise much of its construction.

After her husband became bedridden, Emily Roebling became his liaison to the project – eventually communicating with the engineers and suppliers so well that it was rumored that she had become the Chief Engineer herself! Later she helped design the family mansion in Trenton, studied law, organized relief for returning troops from the Spanish American War, attended the coronation of the Tsar of Russia and even took tea with Queen Victoria.

Carol Simon Levin is a Youth Services Librarian at the Bridgewater Branch of the Somerset County Library. She is an experienced storyteller and a member of the New Jersey Storyteller’s Network http://njstorynet.org/wpnjstory/carol-simon-levin and the Society of Children’s Books Writers and Illustrators. She has always been fascinated by the history of technology and women’s history and is currently writing a book on Emily Warren Roebling.